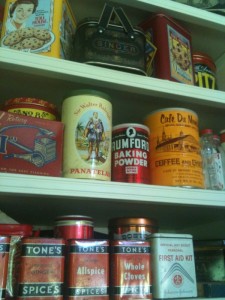 No matter your politics or geography, it’s become impossible to ignore the truth about food and kids. The statistic that 1 in 3 children born in the year 2000 will develop diabetes in their lifetime is actually inconceivable, as big numbers like that usually are. We’re all reduced to numbers by statisticians but we think the scary number in the equation isn’t referring to us.

In the 3rd grade I had one diabetic friend. I was horrified when Xenia had to prick her finger and give herself shots. She said it was no big deal. The day she began to shake and turned white, then ate the apple she always carried was the first inkling I had of the ominous force controlling her life, more frightening than any of her rituals.

Xenia had Type 1 diabetes. My mother explained that children with this disease had horrible things happen to them as they aged. Blindness, kidney failure, early death. In the 80s, only older adults got Type 2 diabetes, when they began to wear out and their bodies couldn’t tolerate sugar.

Nicholas Christakis’ new TED talk on the Influence of Social Networks begins with an explanation of how obesity spreads across networks of friends and families. He calls it a “multi-centric epidemic” and notes it’s not just behaviors that spread across social networks, it’s actually social norms.

I can’t comprehend that Xenia’s experience has become the norm – and therefore must seem normal – to millions of children who are sick, or whose parents, friends, and siblings are diabetic.

The happy news is that Christakis says while networks spread bad stuff, there must be an evolutionary reason they developed and persist. He believes benefits outweigh the costs and “social networks are required for the spread of good and valuable things” like ideas. Now our social networks are rapidly expanding online, spreading good stuff that will hopefully outweigh the proliferation of keyboard cat videos or pics of Beyonce in unflattering swimwear.

A great example of good things spreading was given today in a live chat on Grist.org, by author of Diet for a Hot Planet, Anne Lappé. She talked about what she’s seeing happening at the government level: 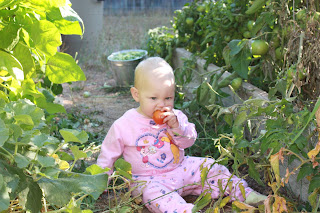 “I think…solutions have to be multifaceted: from education to media literacy to policy change. It can feel overwhelming, but from my vantage point, I’ve seen such incredible action on the ground that I’m really encouraged…from the Manhattan Borough President (who just legalized beekeeping to promote urban agriculture) to the City of Santa Monica (which banned non recycled take out packages) to the City of San Francisco (which just released a local-emphasized food procurement policy) to the City of Seattle (which declared this year the Year or Urban Agriculture) to the City of Portland (which just rededicated its edible garden, that replaced its lawn, in front of city hall). It’s happening.”

Sorting through all the the good information out there is a different challenge and it’s hard to find a place to begin personally, let alone the right checklists for how to make change in our own lives and throughout our local social networks. I’ve added another box on the left with what I think are the best basic resources for getting started. Go forth and garden.

Photos: Blast from the past: a “normal” pantry of yesteryear, Sierra gets saucy in the garden.